Home / WHAT IS AUTISM

Autism is a complex neurobiological disorder that can impair communication, socialization and behavior. “Autism” is a behaviorally defined disorder given the name “Autism Spectrum Disorder”. It is characterized by qualitative impairments in social communication, social interaction, and social imagination, with a restricted range of interests and often-stereotyped repetitive behaviors and mannerisms. As the name suggests, “spectrum” introduces the notion that moderate to mild severity. It has a very broad range of severity, from catastrophic to extremely mild. People with ASD have serious impairments with social, emotional, and communication skills. They might repeat certain behaviors again and again, and might have trouble changing their daily routine. Many people with ASD also have different ways of learning, paying attention, or reacting to things. Autism is a disability, which affects children and adults of every ethnic group. All religious affiliations and has total disregard for how much money you make. Or what country you are from.

Autism is also associated with rigid routines, and repetitive behaviors, such as obsessively arranging objects, following or stuck in very specific routines. Research shows it is four times more likely to strike boys than girls, and generally lasts throughout a person’s lifetime. Autism is listed in the DSM IV (Diagnostic and Statistical Manual of Mental Disorders) as one of the five developmental disorders that fall under the Autism Spectrum Disorders. Autism occurs in all income brackets, racial, ethnic, social groups, and in every corner of the world.
Symptoms can range from very mild to quite severe. It is important to recognize children with Autism are affected differently, and can respond to treatment differently. What works for one child may not be work for another? The combinations of symptoms are also endless.

The consensus among professionals and parents alike is if a parent suspects something is wrong with their child, they are usually correct. Pediatricians have often dismissed signs of autism, and advise parents to “wait and see.” This is a very bad idea. Don’t wait; getting your child assessed for autism is paramount. If you suspect your child may have symptoms of autism you will be able to help your child. It is very important that you focus on assessment, early intervention and research and find therapies and interventions depending on the degree of disability. You must learn to fight for your child, through appropriate support, such as inclusive schools, ABA, Speech and Lang, O.T., numerous therapies listed in this website. Look for opportunities for our children to learn with other typical children in the community as well as school.
Symptoms can range from very mild to quite severe. It is important to recognize children with Autism are affected differently, and can respond to treatment differently. What works for one child may not be work for another? The combinations of symptoms are also endless. 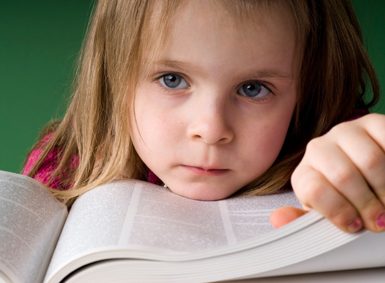 Autism is a spectrum of disorders, which are now divided into five categories: