FROM THE DESK OF THE 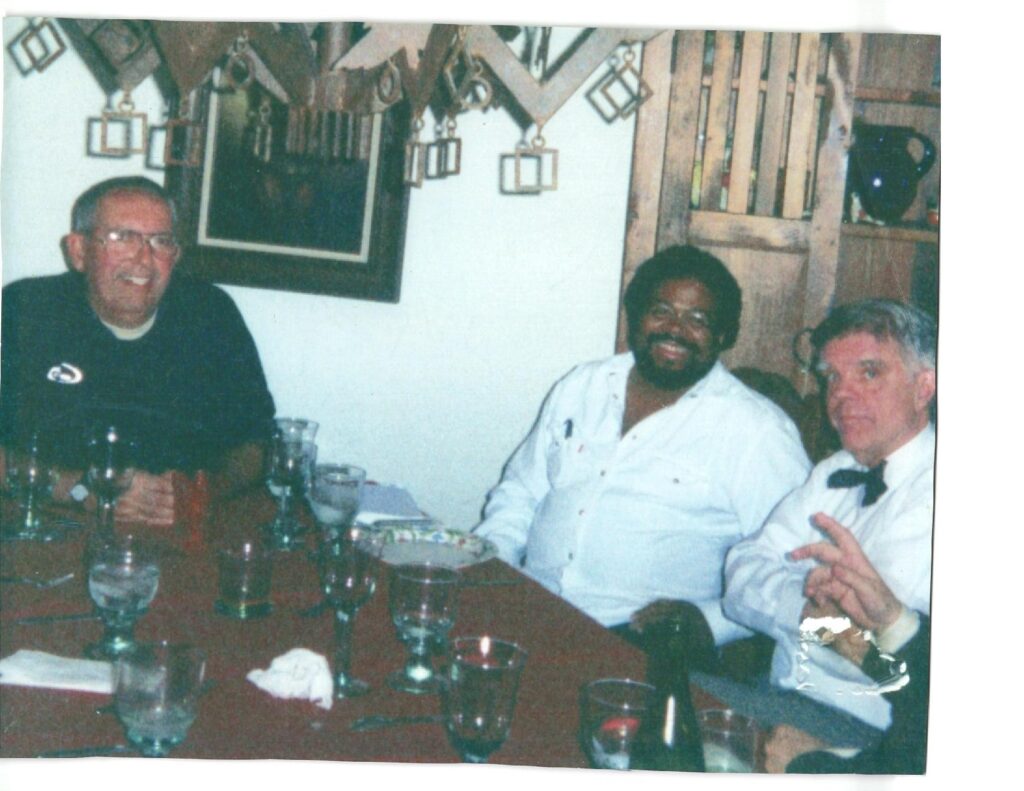 Dr. Lou Brown was not an ordinary man; he was a Superman! The legend who passed away on May 1, 2021 saved a generation of kids and adults from the dungeons of locked institutions, those barbaric places created to purposefully incarcerate those with severe disabilities. These innocent individuals committed no crimes – they are just different from so called typical people.

The conditions in these institutions were horrific and unimaginable, so disturbing in fact that Lou refused to go inside! He embarked on a life’s work, often joined by his friend and colleague, Dr. Wayne Sailor, on a never-ending fight to improve not only life for those with disabilities but to also establish higher standards of how we teach and support those with moderate and severe disabilities.

He crisscrossed the country, proposing a concept which established educators labeled “radical” such as self-determination of adults with severe disabilities. He was considered an “extremist” for fighting for closures of facilities which extinguished the lives of students and adults with moderate to severe disabilities; they didn’t want to hear how these individuals were subject to physical abuse and were mercilessly put in restraints.

For any parent, relative, friend – or anyone with an ounce of compassion in their
heart for a child or adult with severe disabilities – or who has a moral compass and
can detect any sense of right and wrong, should have recognized the way children
and adults were being treated in the 70’s was inhumane and criminal.

Lou Brown one of the co-founders of TASH said “In the late 1960s and early 1970s, it was abundantly clear to a few parents and professionals that no other organization was addressing the ideological, research, financial, and programmatic rights and needs of people with severe disabilities; the most vulnerable, segregated, abused, neglected, and denied people in our society. The people who were quarantined in horrible institution wards; who were excluded and rejected from public schools by too many of the continuum tolerators; who were confined to segregated activity centers and workshops; and who were quarantined in nursing homes and other unnatural living environments that were certified as acceptable by the ruling professionals.”

Lou along with co-founder Wayne Sailor were excited about establishing TASH; the organization gave everyone with any disability a voice, an opportunity to participate, learn, grow, express themselves and realize they are not alone; people are encouraged to express emotions and applauded for it.

Here, accomplishments were awarded. It became a haven where parents could learn how to fight for the independence, rights, and expressions – regardless of their cognitive skills, physical, or mental capability.

Without Lou Brown, Wayne Sailor, Judy Heumann and other non-attorneys the lives of our children with severe disabilities would be quite different. In an opinion dated December 23, 1977 by District Judge Raymond Aymond J. Broderick wrote, “This Court held that the constitutional and statutory rights of the retarded at Pennhurst State School and Hospital (“Pennhurst”) had been, and are being, violated.” Lou always talked about how Frank Laski, Reed Martin, Tom Gilhool, David Shaw, Harvey Savage, John MacIntosh, Dick Cohen, Stan Eichner, Orville Endicott and Diane Lipton, he proclaimed, “They are some of the many lawyers who have expended substantial proportions of their professional lives trying to ensure that one-third of the government of the United States and a major portion of the government of Canada-the judicial system- work for the most legally denied. They made Pennsylvania stop excluding children from public schools and start closing its institutions.”

Having dinner at a friend’s home in Los Angeles, Lou sat on one side of me and Tom Gilhool on the other side; Valarie Vannaman had a seat next to Tom. As always, Lou lavished high praise on Frank Laski, as we laughed and joked over dinner. We all understood that attorneys are showered with praise for the legal cases when one scores a major victory on a prominent case. However, they shouldn’t be the ones receiving the adulation.

Here is the stark truth: no attorney can win a case like the Pennhurst case or any case without the likes of Lou Brown! Add to that other experts like Wayne Sailor! An expert’s opinion, experience, knowledge, and understanding that the cognitive or physical abilities of a person do not determine if they are human; each individual deserves to be treated and respected as much as every other human! The ability of the expert to pierce the heart and sway the mind of a judge is the persuading factor in any case.

Lou often testified as an expert witness for the parents I represented – pro bono! Without fail, when the great orator spoke, tears spilled down the faces of parents. Hard-hearted District administrators squirmed in their seats as he eloquently recited a list of atrocities. He spoke with such force about the secluded, segregated, isolated educational program which is polar opposite of what these precious children with special needs require, desire, and must obtain if they are to benefit from their education.

It was the all-inclusive, and fiery self-determination that Lou insisted and demanded those with moderate to severe disabilities must have. He also aroused the conscious of America with the numerous deaths of kids with severe disabilities at schools and other locations due to restraints. The cases left Lou working and devoting his life for those who were the most valuable. One heart- wrenching story was that of a middle schooler who was folded up in a mattress and suffocated.

On a personal note, my son is diagnosed with Autism. Lou flew from Wisconsin to my city in California. He entered my modest home and squeezed and jumped into my old Ford along with my family of five. Crammed together, we drove him 60 miles to the L.A. airport, stopping at a Denny’s restaurant.

Jimmy became fast friends with Lou, who sat next to my 8-year son with autism not acting like but being best friends. Lou did not just teach – he believed in the ability of those with severe disabilities. Lou understood that our children would and could enjoy and benefit from community contact and should never be excluded, from the world they live in for the benefit of all.

I’m a tough strong man who fights for the rights of those with disabilities; I accept no excuses for those who trample over kids with disabilities. Yet tears roll down my face – unashamedly – as I say goodbye to a friend who enriched my son’s life, as well as other children spanning the globe.

He exhibited character and integrity each day he walked on this earth. His goal was to open minds of those teaching the next generation of educators, Legislatures, communities – so they would recognize that education should bridge the gap between those considered typical and those with severe disabilities. Yet we were isolating them and teaching 12-year-olds how to act like a 6-year-old, broadening the gap. In reality, schools should be designed to be inclusive, and educate the community.

I am profoundly grateful for the time, conversations, and life lessons I learned from Lou. He will be missed by so many. However, he established a new generation of students known as “Brownies” who will carry his torch and continue his fight for those who struggle every day to do what most of us take for granted.
Wayne Sailor said it best: “What a loss to us and the world!”

This man, Lou Brown, was a legend. He profoundly impacted the world through his work and relationships in ways we may never be able to quantify.
This picture, taken not long ago, was after sharing dinner together. I cherish this photo. I am one of the absolute luckiest people in that I am a “Brownie”. A term we call those of us who have had the life-changing experience of benefitting from learning with him, and from him. Literally every step I have taken in my work has been celebrated by him, cheered on from him, and sometimes explicitly put into my life due to him telling me that was the next road I had to take.
Lou would see what was possible, teach what was essential. That was true if you had a disability or not. He knew what needed to happen to create lives for each and every person to thrive. As educators when describing inclusive practices and why they were essential, he would say to us, “Over, under, around or through – you figure this out. You must.” He would describe the social justice issue of why people with disabilities deserve lives with their brothers, sisters, neighbors and friends. They deserve to go to school, play, work and live in their communities – side by side with people of their choosing. Our job was to make sure that happened.

I am so very fortunate to have had him near and dear to me and my family. I will go back to work now. His legacy calls for it. Over, under, around or through – we will get this done. We must. – Jennifer Sommerness