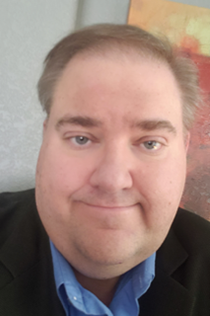 As an attorney with twenty-plus years experience, Andrew Price has worked for the government, for a large East Coast law firm, and run his own shop, acting both as a litigator and general counsel. He’s advised small and large businesses, including top Fortune 500 companies, on a range of legal issues from hiring consultants to regulatory compliance to drafting and negotiating contracts on everything from protecting their intellectual property to licensing the property of others to forming strategic alliances with American universities to conduct research studies on Zika, Ebola and Covid-19 to analyzing and preparing terms and conditions for internet start ups.

As a litigator, Mr. Price has successfully litigated hundreds of complex matters from government contract disputes to commercial litigation to medical malpractice to fraud to helping special needs students obtain their rights under the IDEA. His experience involves work at the trial and appellate levels in both state and federal courts, as well as agency appeals, with a number of appearances before state supreme courts and federal circuit courts and the GAO.

Mr. Price successfully pursued a hospital which had defrauded investors in the multi-million dollar sale of its ambulance subsidiary. He won a Federal jury trial instituted to require a city government to comply with the Uniformed Services Employment and Reemployment Rights Act of 1994 in its treatment of military personnel. He litigated a sixty million dollar claim for defective specifications against the Navy. He successfully pursued a wrongful death matter involving a physician who misdiagnosed an aortic dissection and then abandoned the patient. He successfully challenged the award of contracts for the next generation of tank engines, for food services at a service Academy, and for radar systems. He won the right for citizens to place a proposed ordinance on the ballot allowing collective bargaining with the local police department. And in the most challenging case he ever took, he managed after ten years of appellate work to overturn the life sentence of young man wrongfully convicted.